Artsakh FM: Azerbaijanis intruded into road leading to Stepanakert, this is manifestation of terrorism 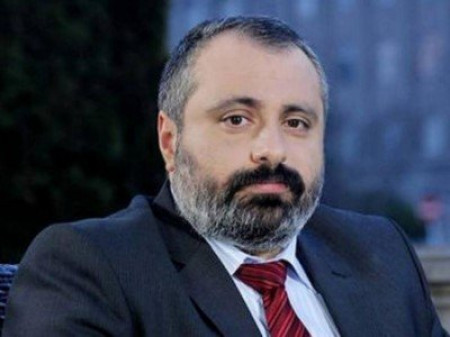 The Azerbaijanis’ intrusion into the road leading to Stepanakert is also a form of terrorism and barbarism. Artsakh (Nagorno-Karabakh) Foreign Minister David Babayan told this to Pastinfo.

On Tuesday, the Azerbaijani military bypassed the checkpoint of the Russian peacekeeping forces in the Shushi sector and moved in the direction of Artsakh capital Stepanakert, and made an inscription on the sign placed near the tank monument on this road.

"Of course, we will take appropriate measures so that such incidents don’t occur. This is a big blow not only for us, but also for the peacekeepers, and they will also take appropriate steps," Babayan said.

This violation of the tripartite obligation was registered by the Russian peacekeepers, as evidenced by the inscription made on the sign placed near the tank monument. But it is not ruled out that there have been cases in the past without leaving traces, or they may be, thus endangering the lives of the population of Artsakh. In response to this remark, Babayan said: "In order to find that out, we must comprehensively study all this. And it is difficult to just say whether this is the first case or not. However, it is not ruled out that such cases may occur; it is not ruled out. And we must always be ready."