Armenia MOD officials spent the night in their offices 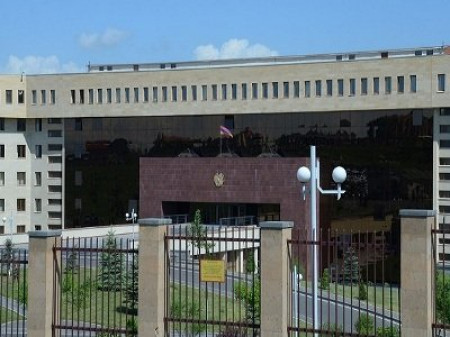 Most officials of the Ministry of Defense of Armenia didn’t go home last night. According to Armenian News-NEWS.am, only officials who are pregnant or have health problems were evacuated from the building via a helicopter.

The others spent the night in their offices and tried to go to sleep in their chairs. According to our information, there is no problem with food since it was taken to the building via the helicopter. The cafeteria is open.

Armenian News-NEWS.am’s correspondent, who is in front of the building, reports that the helicopter is constantly entering and exiting the premises of the Ministry of Defense today as well.