Artsakh MFA: Tragic events in Maragha will remain an incurable wound in memory of our people 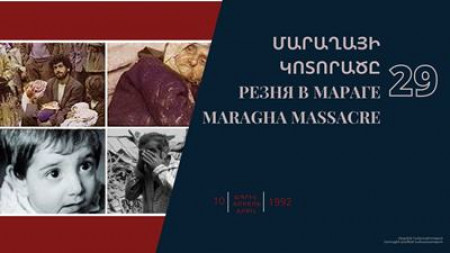 April 10 marks the 29th anniversary of the genocide of the civilian population of the Armenian village of Maragha in the Martakert region of Artsakh, committed by Azerbaijan, Artsakh Foreign Ministry reported.

“Having invaded Maragha, Azerbaijani troops committed brutal torture and murder of civilians, including women, children, and the elderly.

Crimes against humanity and humanity have no statute of limitations and must be condemned.

The tragic events in Maragha will remain an incurable wound in the memory of our people, the Artsakh Foreign Ministry said in a statement.