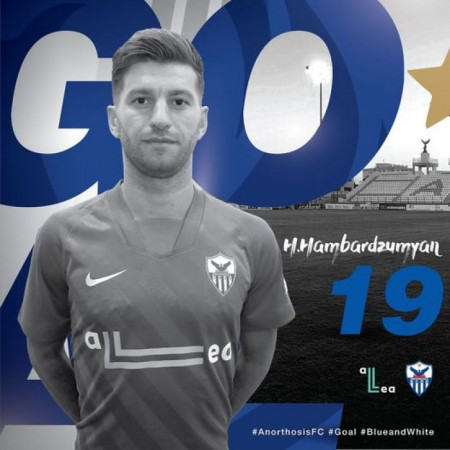 Anorthosis played against Limasol’s AEL in the 35th round of the Cypriot championship. Anorthosis won 2-1 after competing with the teams of the champions group, and center-back for the Armenia national football team Hovhannes Hambardzumyan scored a goal with Anorthosis in the 44th minute.

There is only one round left until the end of the championship. AC Omonia Nicosia became the champion with 78 points, and the vice-champion is Apollon Limassol FC with 73 points.