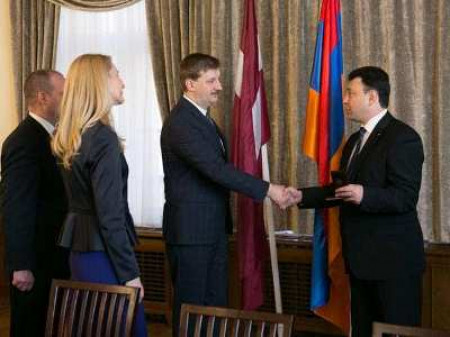 The parliament of Latvia recognized, with 58 votes in favor, the Armenian Genocide. Eduard Sharmazanov, National Assembly former deputy speaker as well as vice-chairman and spokesperson of the former ruling Republican Party of Armenia, on Thursday wrote this on Facebook.

"The vice-chairman of the [Latvian] parliament, Andrejs Klementjevs, informed [this to] me a short while ago. I thank my friend Andrejs Klementjevs  and all my Latvian MP friends. Our [respective] battle, which had started in 2015, gave its result today," Sharmazanov added.